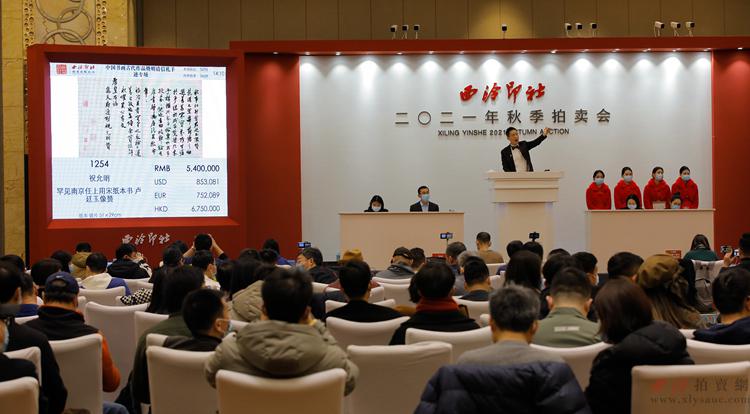 Sincerest gratitude to the support and kindness of all the collectors and wish you a happy new year in advance!

Just a few days ago, there was a discussion about whether Su Shi’s birthday should be the day according to the Gregorian calendar or lunar calendar apart from other calendars in China.

Auctioneers have their own calendars concerning spring and autumn auctions, a rhythm shared by each of us.

The successful ending of Xiling Yinshe Autumn Auction is not only a year-end report, but also signals a closing to the auctions in the domestic art market. The consignments will continue next year signifying another spring to come.

Academic in research, broad in categories 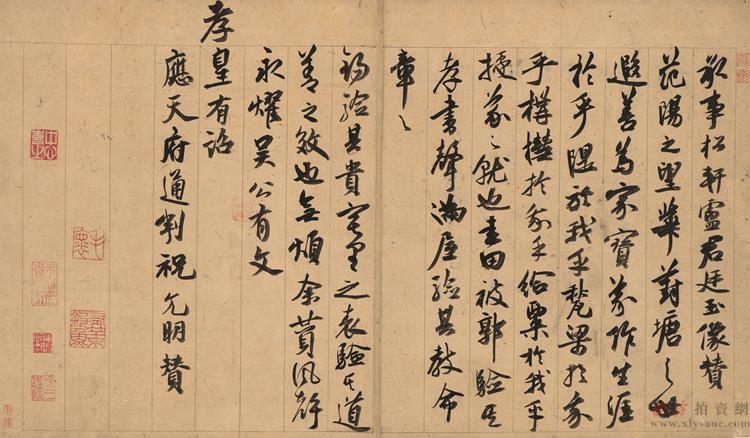 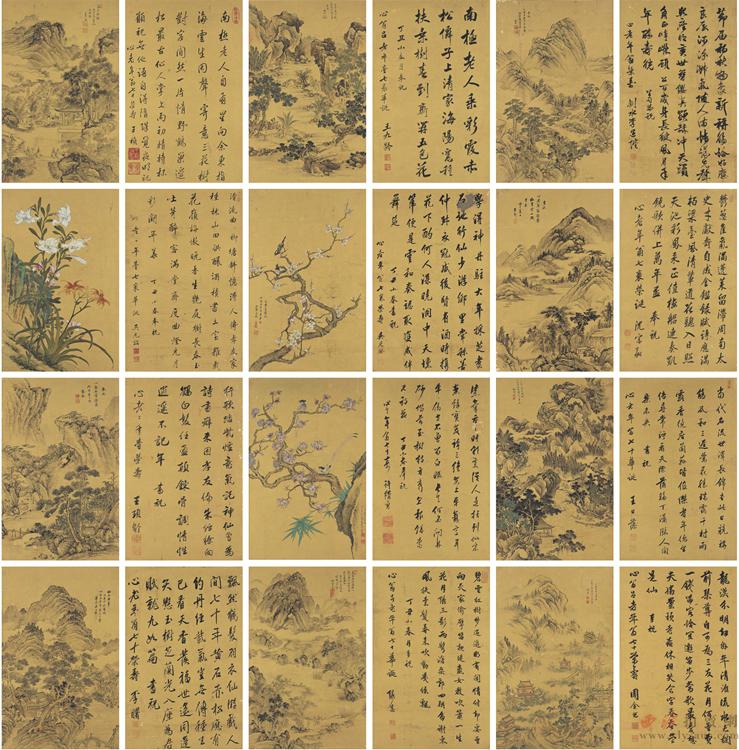 The album of Literati’s inscriptions has always been the favorite of collectors, attributed to its rareness for so many inscriptions by different masters. Some albums are even rarer because it is extremely hard to have as many scholars as possible inscribe on the same album for generations. The album of paintings inscribed by Shen Zongjing, Wang Xiangling, Zhu Xuan, Wang Jiuling, etc. is just one of them, sold for RMB 3,450,000, far higher than its estimate of RMB 800,000. 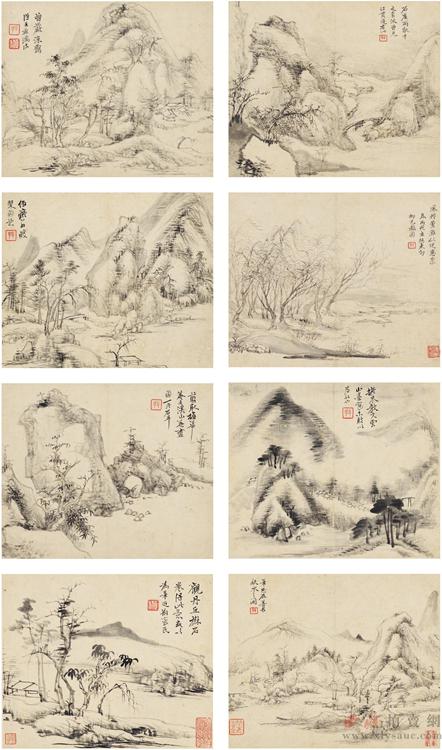 The sale of classical Chinese paintings and calligraphy was concluded at RMB 150,000,000. High sale prices, sell-through rate and premium were absolutely the guarantee to the whole auction. Yun Shouping’s Landscape after Ancient Masters started its bidding from RMB 800,000 and sold for RMB 20,240,000. Another lot Poem in Cursive Script by Mi Wanzhong of late Ming Dynasty was sold for RMB 3,622,500 despite its low estimate of RMB 300,000.

Huang Binhong  Landscape after the Rain

The modern paintings and calligraphy sale featured famous collections and reliable provenances. In the sale of Chinese Paintings & Calligraphy by Top Members of Xiling Yinshe, Huang Binhong’s Landscape after the Rain which has been illustrated, published and exhibited many times started the bidding from RMB 3,600,000 and sold for RMB 8,280,000. Zhang Daqian collection of three luffa paintings, the origin of the his study's name, including Dragonfly amid Luffas by Qi Baishi, Luffas by Qi Baishi and Luffas by Zhang Daqian, were sold for RMB 4,140,000. A folding fan with horse painting and calligraphy by Pu Zuo and Yi Lixun was concluded at RMB 299,000, nearly 30 times its estimate of RMB 10,000. 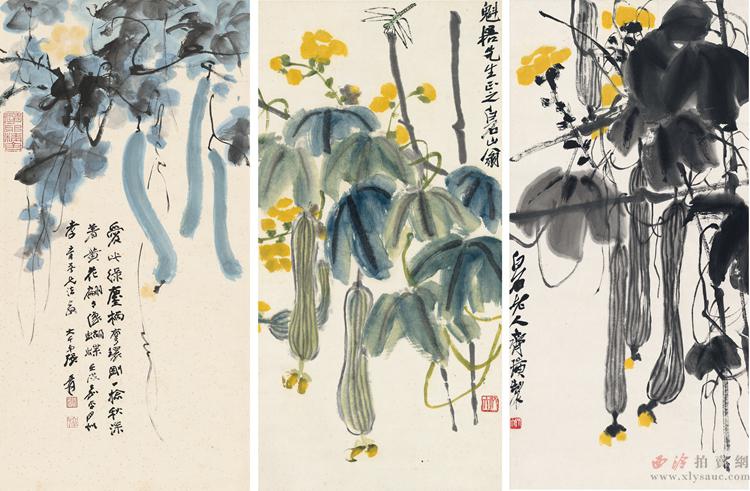 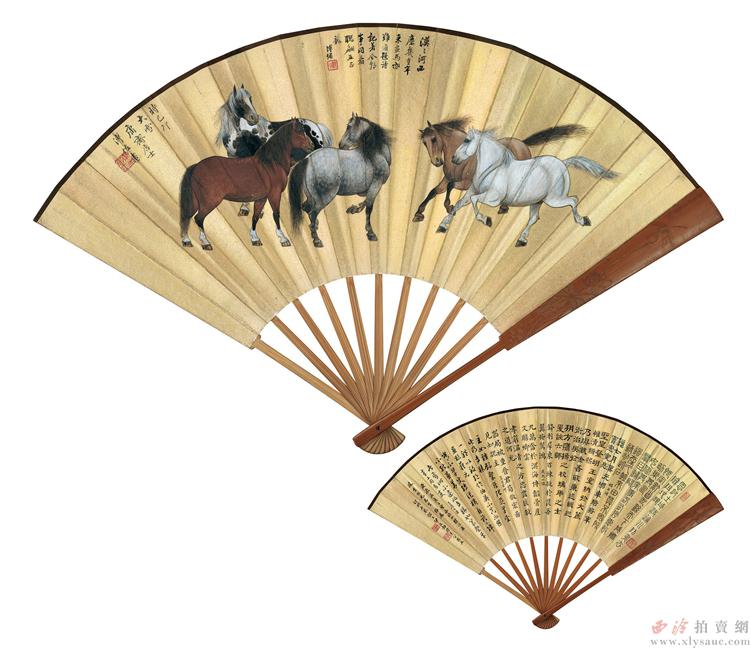 The sale of Important Manuscripts and Photographs remained emphasizing and concentrating on academic research and presentation. Eighty percent of 251 lots including modern artists’ manuscripts, calligraphy and photographs found their masters. Many of them are rare and sought after by the collectors both inside and outside of the saleroom. Among them was a rare calligraphy in running script by Wang Guowei, which was eventually sold for RMB 3,450,000 after dozens of biddings. Another lot, Zhang Ailing’s autograph letter signed to Huang Jundong about the publication of Zhang Kan amazed the auction by its sale price of RMB 839,500. 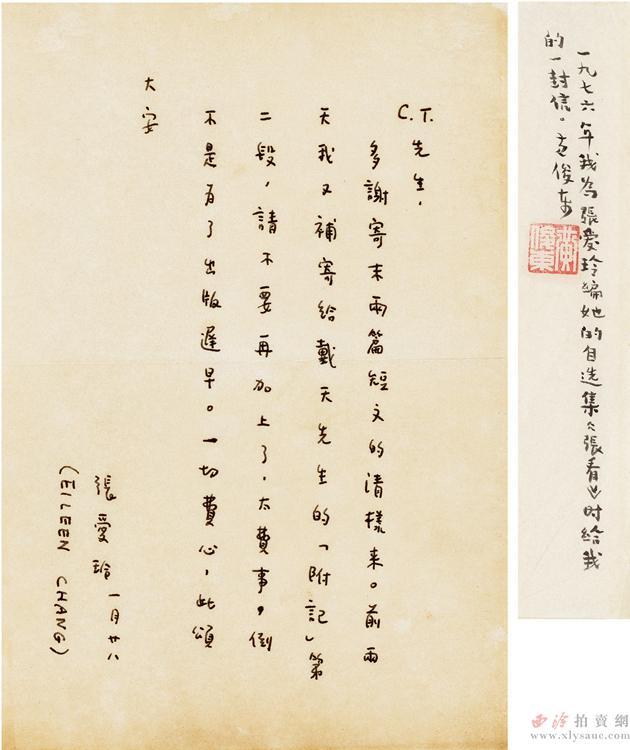 Tang Huai Ren Ji Wang Xi Zhi Shu Sheng Jiao Xu, the cover of the catalogue of Fine Ancient Books and Ink Rubbings is the earliest edition known ever before in the country, which was collected by many collectors in Ming and Qing dynasties such as Han Fengxi. The work was also inscribed by seven masters including Yang Bin, and mentioned by Wang Zhuanghong in his work, a renowned contemporary rubbing connoisseur. With such clear and traceable collection records, it started its bidding from RMB 3 million and finally fetched RMB 13,915,000 after fierce competition, making it one of the top valuable rubbings auctioned so far. The fervent passion of the buyers revealed its extraordinariness.

What is notable is Song Ta Huai Ji Wang Sheng Jiao Xu collected by Gao Shiqi and titled by Wang Duo. The lot was sold for RMB 5,980,000, ten times its estimate, evidencing the appetite of the market for classic rubbings and the feasibility of academic research in rubbing auction. 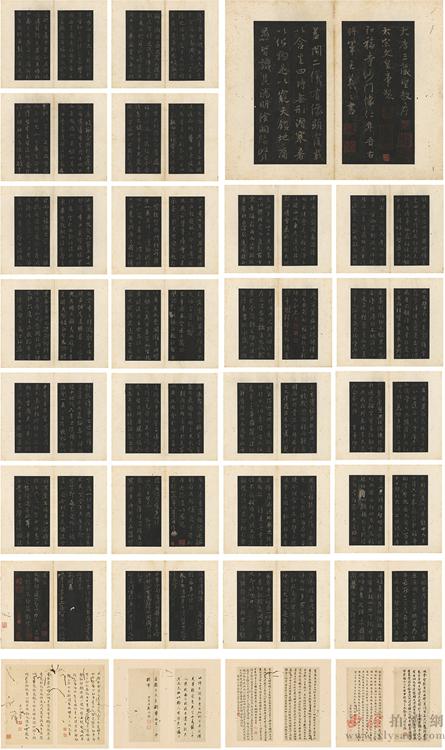 ·Seal Cuttings by Masters and Inkstones from Different Dynasties·

Since the establishment of the Seal Cutting and Inkstone Department of Xiling Yinshe Auction Co., Ltd., the department has inherited the concept of ‘Reserving and studying seals for painting and calligraphy’. Thanks to the efforts for over ten years, the sales of Study Series·Seal Cuttings by Modern and Contemporary Chinese Masters and Study Series·Fine Inkstones and Inksticks remained focusing on academic researches and exchanges to efficiently promote the sound development of the seal collection. The sale of Entertaining Seals by Masters, which was presented in 2015 for the first time, has attracted wide attentions with its special literati charms and culture behind it.

Three seal-cutting related sales have continued high popularity with stella sell-through rates. Entertaining seal, which can be dated back to Qin and Han dynasties, was thoroughly inosculated with poetry, calligraphy and painting in the traditional Chinese literati culture in Qing Dynasty. Nowadays, we study seals to understand the provenance of the work as well as the knowledge and cultivation of the artist before painting and calligraphic researches. 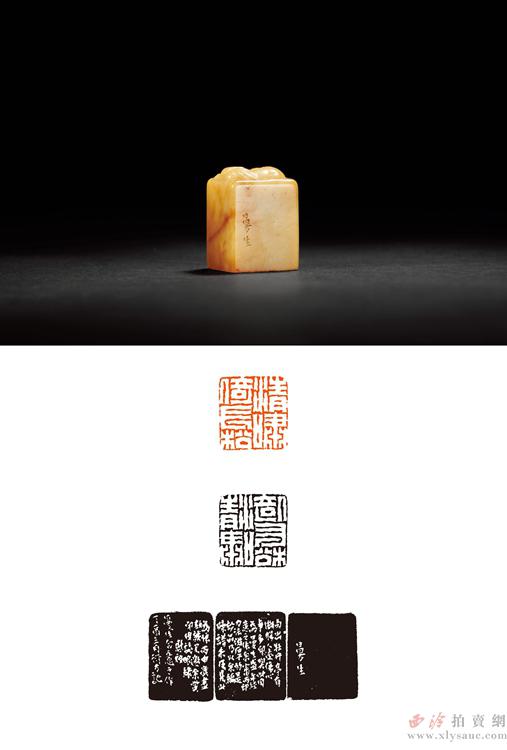 Starting with the most popular seals collected by Yin Lu, fourteen lots were all sold with high premiums after fervent biddings, especially those with the marks of ‘Qing Xiao Yi Chang Song’, ‘Shi Jiu Zun Zui Han’, ‘Ci Dao Mang Ran’ and so on. 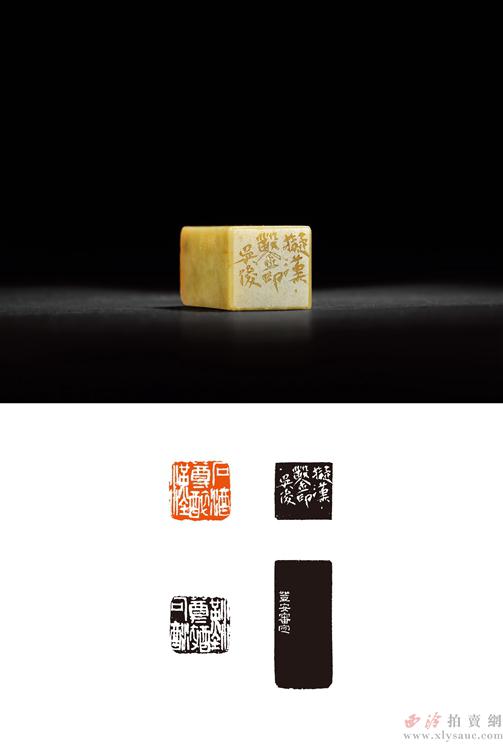 In the sale of Fine Inkstone and Inkstick, the duan inkstone engraved by the master Zhou Zhiyan was a great hit for its rareness. The inkstone with the pattern of tiger roaring towards the moon was finally sold for RMB 877,500, a new record for Zhou’s masterpieces. 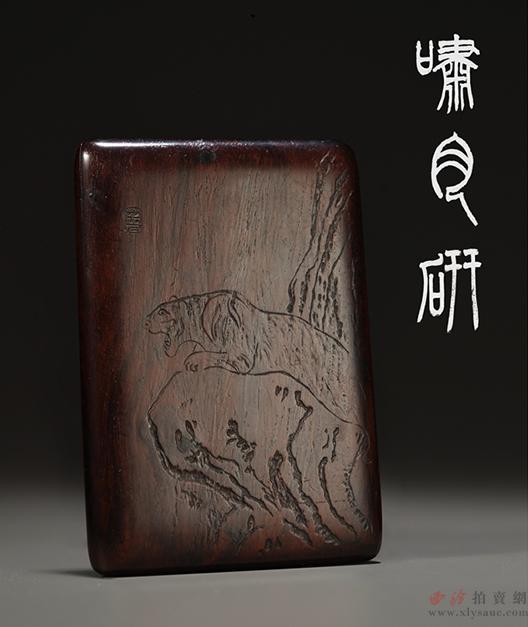 Ming Dynasty  An Inkstick Made by Cheng Junfang

·Refined Articles in the Study·

The sale of refined articles in the study was characterized as a variety of eye-catching selections from famous collections, all concluded at high prices and premiums after enthusiastic biddings. 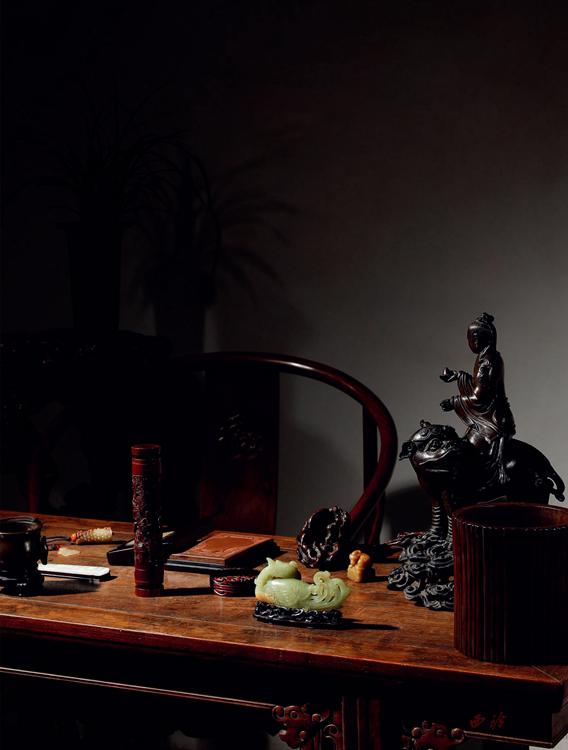 The precious jade carvings presented in this sale were used to be treasured, appreciated and studied by famous collectors as well as domestic and foreign museums. The star lot, a white jade bowl with landscape pattern, was the blockbuster, topping the sale by the sale price as high as RMB 6,670,000. 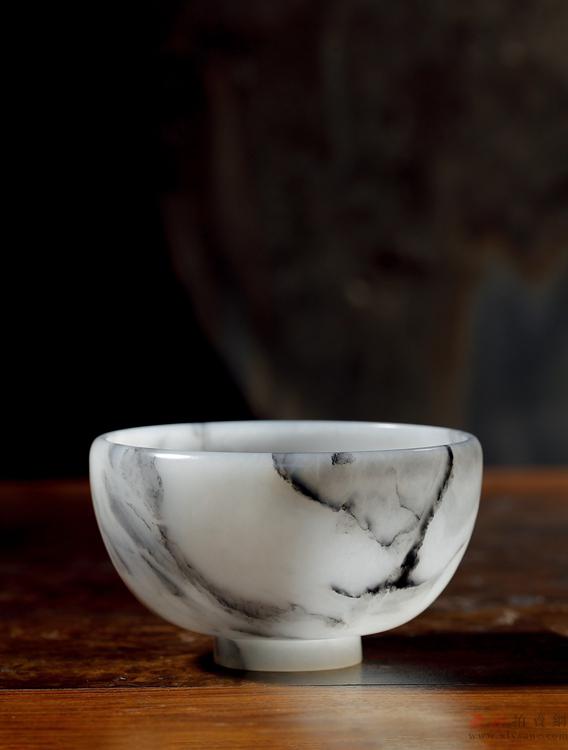 The white jade bowl is of rounded flared form and supported on a low foot, the mottled stone with swirling striations is of a pale and dark grey tone. The ink streaks in the jade present a view of Chinese classic landscape painting. We all know that the graduated jade is elegant by itself without carving. It topped other jade works in art and aesthetic values, becoming one of the most sought-after lots.

Ming Dynasty  A Jiaoye-Style Guqin Made by Zhu Gongwang

The sale of ceramics was a big hit, with collectors quite satisfied with their trophies after intensive bidding battles. The sale totaled RMB 69.54 million, advocating the preservation of cultural relics. A 'Guan' celadon censer with string pattern, the cover lot, led the sale, fetching RMB 9.2 million, showing the craftsmanship of government kilns.

The vessel, typical of top works of ‘Guan’ kiln, is a copy of bronze ware. The porcelain body needs to be extremely thin, making it hard to be successfully fired. So the works left are rare and precious. The censer manifests the modesty and elegance of scholars with the celadon color and crack. “Guan” censers with string patterns are rarely seen, be it public or private institutes, with the only exception of the one in the Taipei Palace Museum. The censer achieved the high price with its rarity and significance. 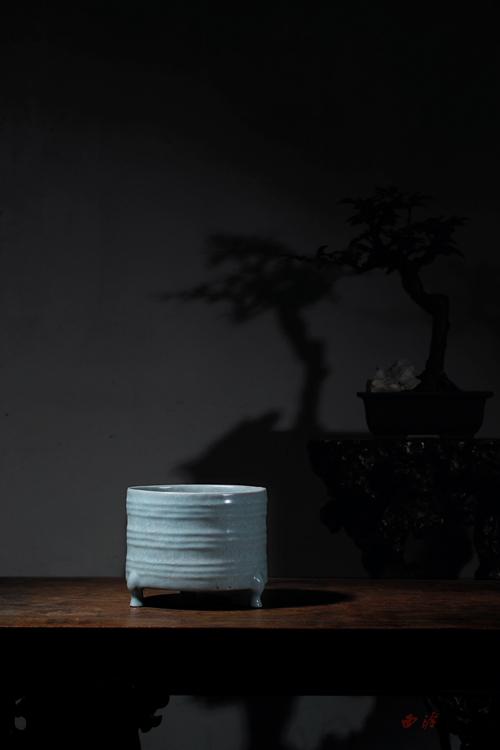 A flambè-glazed vase with 'Yongzheng' mark made in the Qing dynasty, a back cover lot, was also chased by bidders for its easy and smooth forms. The lot shone brightly in the auction, inspiring a flurry of intense bidding between clients and phone bidders in the salerooms before achieving RMB 4.6 million. 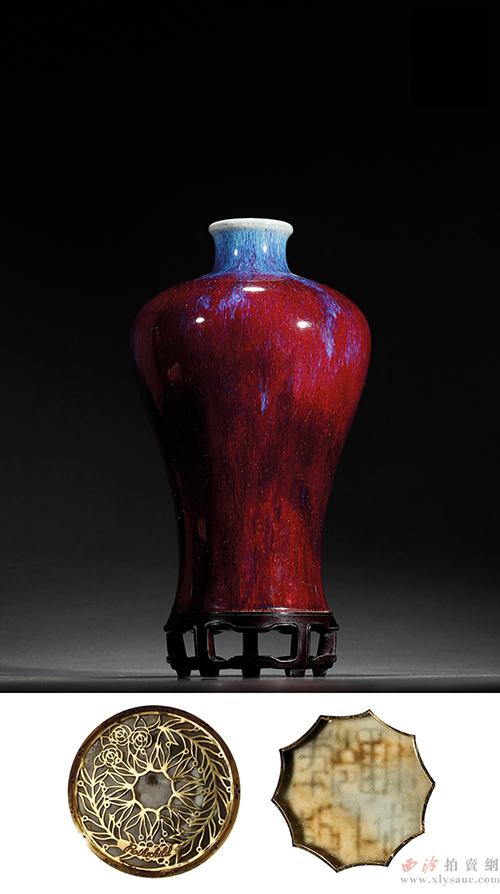 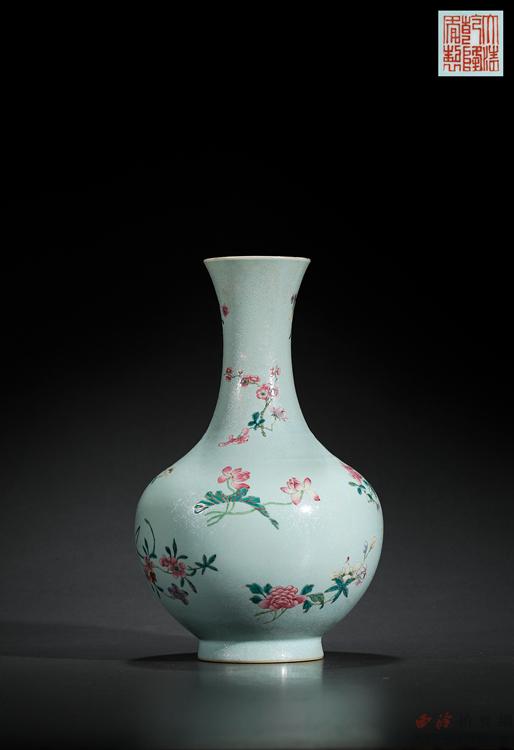 Zisha wares have always been the most sought-after in the Xiling Yinshe Auction, with a high turnover rate and intensive bidding in the salesroom. The auction saw a strong performance of tea, iron and silver teapots and red clay teapots, ending with over 90% turnover rate and RMB 35.51 million of total sale.

The sale was led by a purple clay teapot made by Shi Dabin in the Ming dynasty, a cover lot with clear provenance, fetching RMB 18.4 million. The lot was exhibited in the Taipei Palace Museum in the 1990s and then Shinkong Mitsukoshi exhibition and illustrated many times. 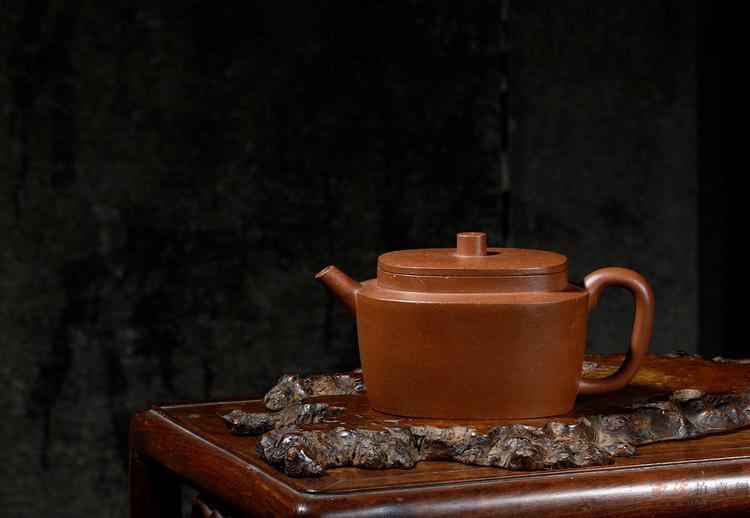 Ming Dynasty  A Purple Clay Teapot Made by Shi Dabin 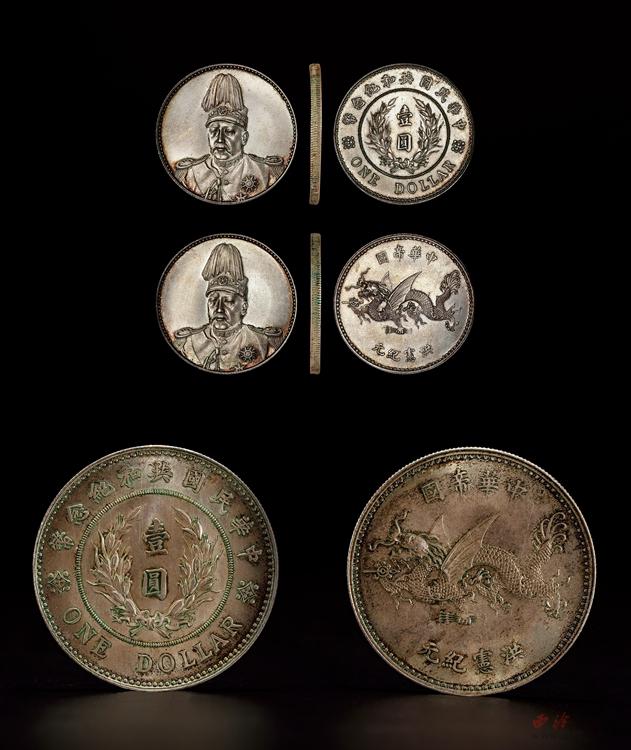 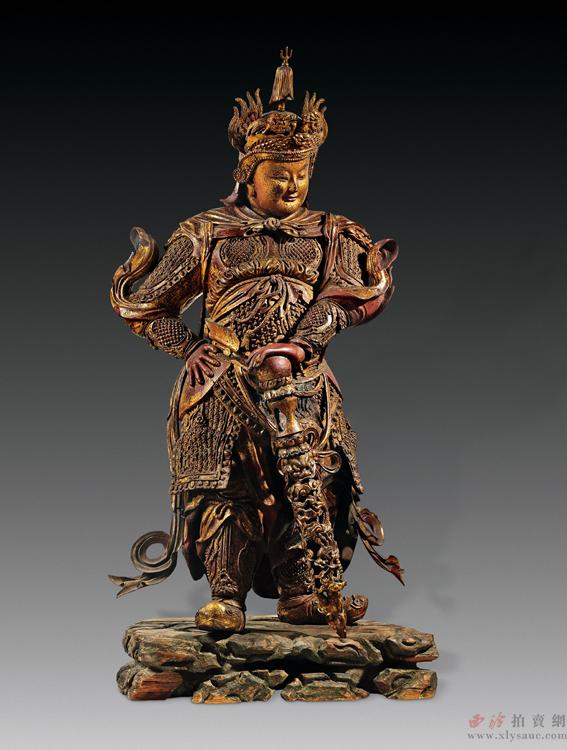 Modern oil painting and sculpture sale, featured by its broad art horizon and sound academic research, was dedicated to the preservation of the essence of the time with its modern artworks. The sale brought together Chinese and western aesthetics, present in a modern way and discovered the source of the art. The auction witnessed masterpieces of Guan Liang, Lin Fengmian, Yan Wenliang, Sha Qi, etc. As for modern art, Weeds painted by Zeng Fanzhi, Portrait of H by Mao Yan and Li Shan No. 1·The Logic of Life by Li Shan led the sale. We can expect great growth in the market for Chinese oil painting as evidenced by the wide recognition from collectors and over 90% turnover rate of the sale. 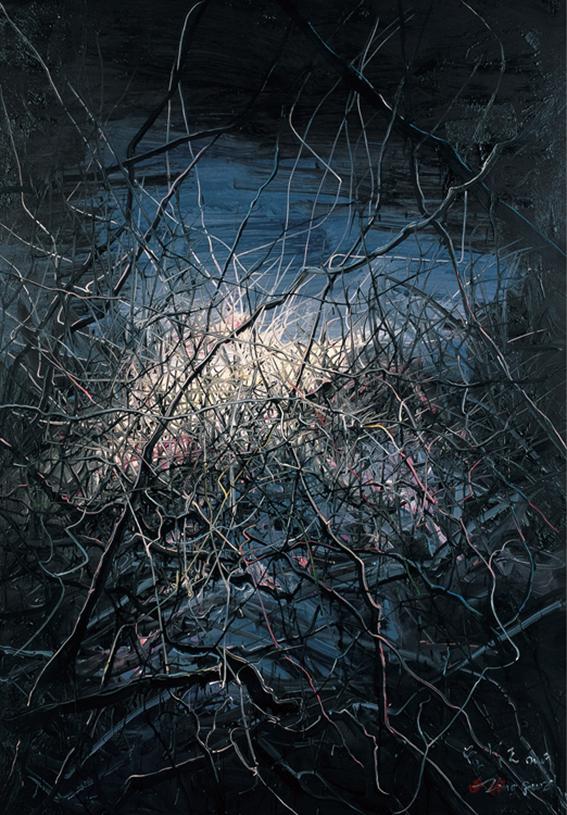 Admiration of the Superlatives: Comics, Illustrations & Cartoons by Chinese Masters brought an eclectic mix of Chinese paintings, comic drafts, illustrations and new year paintings from masters nationwide in the 2021 Xiling Yinshe Autumn Auction. The salesroom has witnessed a strong performance of original works for the comic strip Meeting at Sangyuan by Wang Shuhui and original works for the comic strip Cai Wenji by Hu Yefo. The two comic strips did live to their justice and stood as a tribute to the two old masters. Furthermore, Lotus by Lin Fengmian closed a deal at RMB 3.473 million against the estimate of RMB 1.5 million. 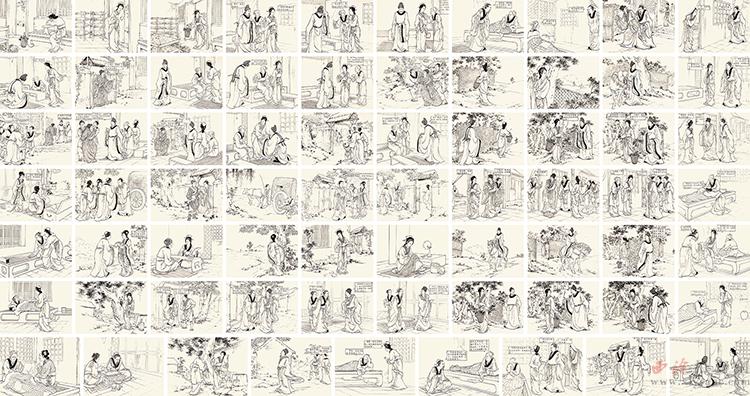 Jade Carvings by Ancient and Contemporary Chinese Masters was led by a white jade vase with dragon pattern made in the Qing dynasty, the cover lot, achieving RMB 2.99 million, and a white jade plaque with lotus pattern by Pang Ran, fetching RMB 1.725 million. One presenting two magnificent dragons while one depicting a pure lotus, it was a competition between ancient and modern craftsmanship. After three hours of intensive bidding, the sale ended up with RMB 33.13 million. 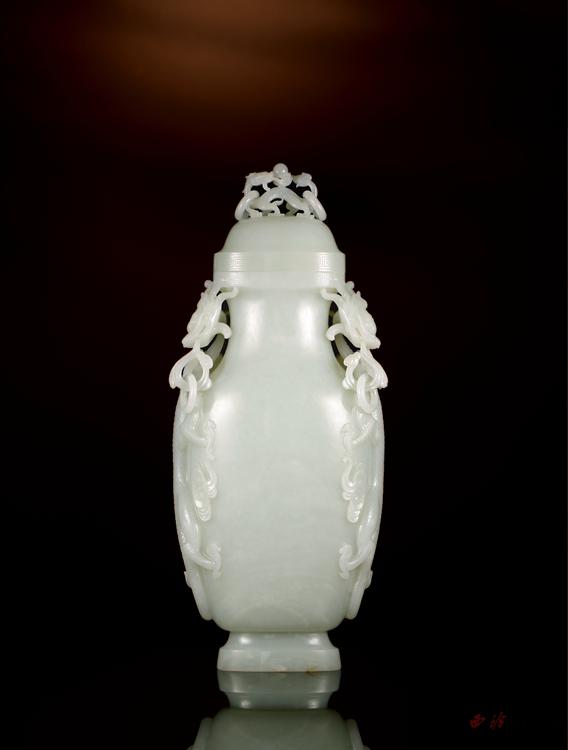 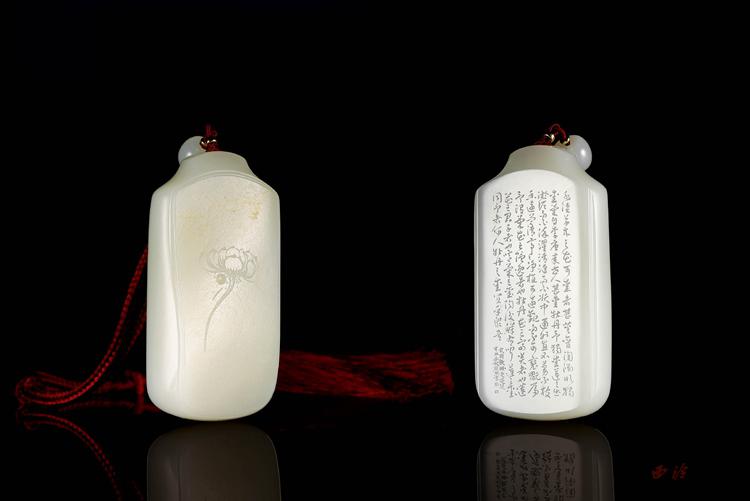 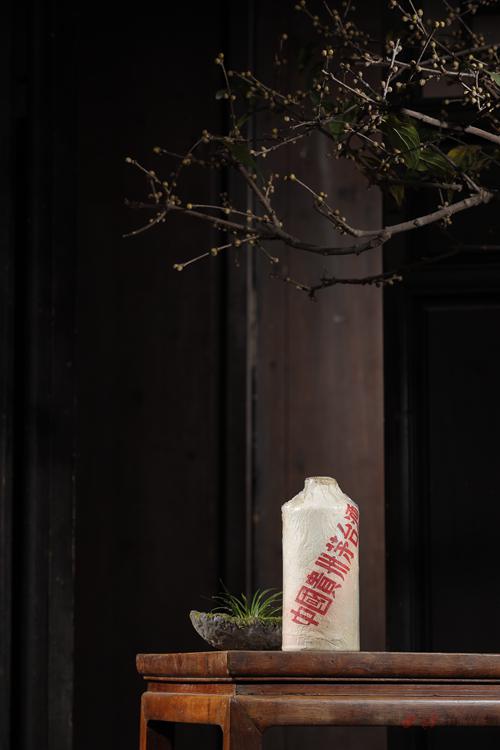 As for Chinese liquor, Moutai managed to lead the sale in Xiling Yinshe 2021 Autumn Auction. ‘Jin Lun’ Kweichow Moutai made in 1958 cruised through RMB 800,000 to RMB 1.276 million, showing its unique status in the heart of Moutai collectors. Moreover, other liquors were also chased by clients, thanks to their enthusiastic participation. 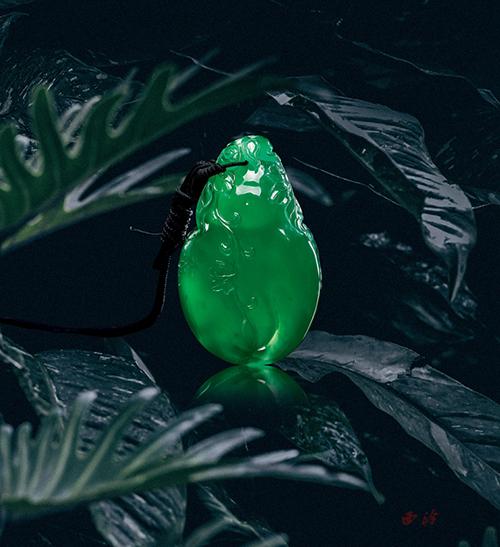 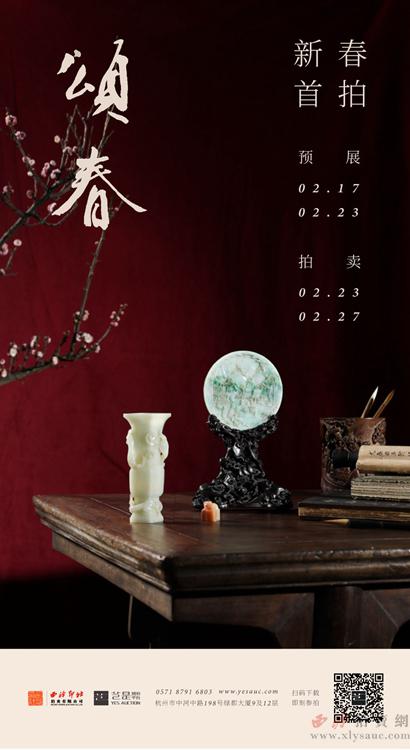 Yes Auction·Auction of the New Year

You can bid on http://www.yesauc.com